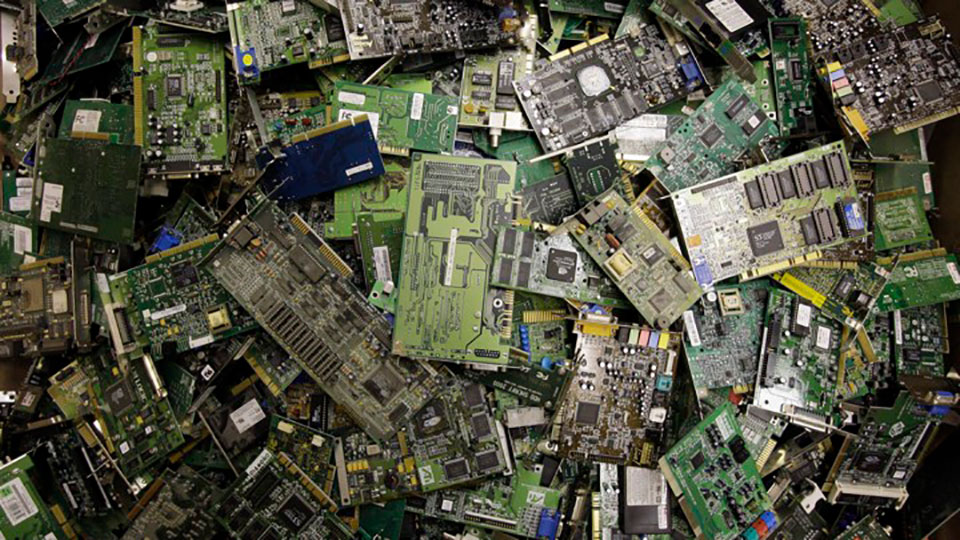 People feel good about recycling, maybe even more so when it comes to electronics. Remembering to take your computer or smartphone and dropping it off to be recycled feels like an accomplishment in itself.

But while electronics recycling isn’t bad — making it a panacea for the e-waste problem we currently have certainly is. Unfortunately, that’s how we tend to frame recycling — and companies are eager to jump on that bandwagon to appear more “green”.

Case in point: Apple. In 2016 there was a lot of fanfare around the unveiling of Liam, a robot capable of dismantling an iPhone in just 11 seconds; an ultra-efficient way to recycle 1.2 million units a year. That sounds impressive until you take into account the fact that Apple had actually sold 231 million new iPhones the year before.

Proudly presented as a symbol of Apple’s commitment to the environment (and since upgraded to Daisy, a slightly more efficient robot that was introduced on Earth Day 2018), Liam is, in fact, the perfect symbol for recycling in the field of high-tech: a drop of green water in an ocean of pollution — noble, but mostly ineffective.

Whether it’s intentional or not, the hype around recycling in the electronics industry is incredibly misleading. The reality is that, as a solution, recycling barely scratches the surface of the growing e-waste crisis. We are currently losing ground in the battle to reduce the environmental impact of our electronic equipment.

The Story In Numbers

According to a recent UN report, the US produces about 6.3 million tons or 14% of the world’s electronic waste. Worldwide, almost 45 million tons of electronics were tossed out in 2016. Out of that staggering amount of electronic waste, only 20% has been recycled in some shape or form. The remaining 80% made its way to a more environmentally damaging end at the landfill.

In the US, the rate of recycling is closer to 25%. What most don’t realize is that many “recyclers” actually just ship most of the e-waste abroad where, instead of being recycled, usable parts are repurposed and minerals are extracted. That doesn’t sound terrible, except that it comes at an enormous cost to local populations. Methods used are almost always improper — in some places, for example, gold is recovered by bathing circuit boards in nitric and hydrochloric acid, poisoning waterways, and after, whatever is not used is dumped in the ground improperly anyway. The current rate of responsible e-waste recycling is at an abysmal 15.5% worldwide.

Of course, we can say it’s time to double down on recycling efforts. However, the sheer volumes of e-waste (that continue to grow at a rate of 4% each year!) are impossible to cope with. The UN report points out that while there is an increased focus on recycling today compared to the past, the efforts to sustainably reclaim used devices simply can’t keep pace with the massive consumption rates for new devices.

The issue is compounded by the short life cycles of new devices, with manufacturers rushing out new models to eager consumers at a breakneck pace. The report notes that the average smartphone is used for just two years before it gets replaced.

The Heart Of The Issue: Overconsumption

Beyond the inherent limitations of collection and recovery processes, we need to remember that recycling is first and foremost a removal from circulation, and therefore an implicit incentive to produce and buy new. In their environmental responsibility report, Apple concedes that 77% of the carbon footprint of their electronics comes from their manufacture, versus the 17% that comes from its actual use. The environmental impact of replacing a device, even if it is recycled after, remains significant.

Recycling should not be used as a balm for the conscience of a pollutant model. While recycling is useful, there is an urgent need to recognize the limits of electronics recycling and to look hard at the root of our growing e-waste problem in order to develop more effective approaches.

At the heart of the issue is a technology sector whose profits are driven by planned obsolescence. Until the industry finds a way to thrive without needlessly pumping out new electronics at the rate that it currently does — all the eco-design processes, recycling programs, and Liam-like innovations will remain symbolic at best, and sleight of hand, at worst.

Reduce And Reuse (They Come Before Recycle For A Reason)

Only the extension of the life of the devices currently in circulation, through their maintenance, refurbishment, and reuse in one form or another, can have a meaningful effect on their environmental impact. Fighting for ease of repair — led by organizations like repair.org, or developing innovations such as the Fairphone are important pieces of the puzzle. Buying refurbished electronics in lieu of new is another.

Our hopes must not lie on recycling. To have a truly sustainable impact on the e-waste issue, we must produce less to pollute less —  and to find a way to do that without sacrificing our current quality of life. Increasing our efforts to extend the lives of devices, keeping them out of landfills, and giving them second and third lives, seems to be the most practical and intelligent approach.